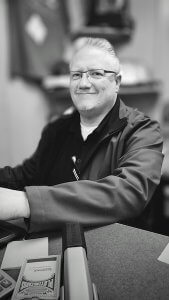 Jeff is someone who loves helping other people, He grew up in Alaska and after graduating high school he and his family moved to Seattle. He enjoys sporting events, good food, meeting new people and spending time with Chrome, his cat (hence the name Chrome Auto Repair). His passions for racing lead him to racing in a NASCAR racing series in the early 90s. He started working on cars and figured out he was better at working on cars then racing them.

Jeff has had Extensive GM and Subaru Factory Training. He has been working on Cars for 28 plus years. He is an ASE Master Technician and also ASE L1 Advanced Engine Specialist.  While living in Maryland he was Certified Emissions Repair Specialist for the State of Maryland. 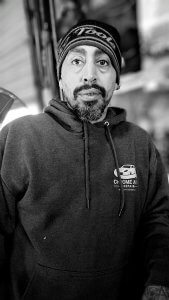 Shannon grew up in Forestville MD and took interest in cars at a very young age, following behind his grandfather and father’s footsteps. He enjoys taking care of sick cats, loves animals of all kinds, fishing and most importantly spending quality time with his wife.
He later moved to Virginia in his early 20’s and trained with Ford dealership, Midas alone side many others. Shannon is the lead technician here at Chrome Auto Repair and has been with us for the past 2 years. He’s a Master Mechanic with 25 years and counting in the automotive repair industry. 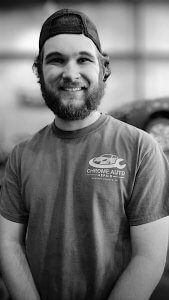 Isaiah – The State Inspector
Isaiah our youngest member who’s enthusiastic and driven with his positive attitude and smiling face! He’s highly into music, slammed mini trucks and Subarus.
Isaiah trained with Pinkerton dealership at the start of his career and now has been in the automotive repair industry for 5 years. He transitioned to be with Chrome Auto Repair and has been with us about 2 1/2 years and counting. 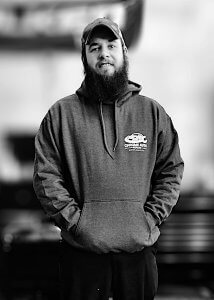 Jesse – The New Guy
Jesse is Chrome Auto Repair’s newest team member. He’s one who enjoys what nature has to offer by relaxing and competing in a couple of outdoors activities one being racing! He also enjoys spending quality time with his girlfriend and their 2 children.
Jesse has 9 years and counting of experience in the automotive repair industry, a Virgina State inspector and he’s very knowledgeable at what he does. Give Us a Call

Keep Up with the Latest